We have 36 Full Service Campsites (power, water and sewer right at your campsite) All full service campsites have cement pads, easily accessible for parking your RV unit and come with a picnic table and firepit.

We have five Full Service pull through Campsites (power, water and sewer right at your campsite). All full service campsites have cement pads, easily accessible for parking your RV unit and come with a picnic table and firepit. These sites can support large Motorhomes that are towing additional vehicles etc. right in the campsite without unhooking.

We have nine 15 AMP tenting sites. Our tent only sites are small, untreed campsites that have a picnic table and firepit for campers use. Only one tent per site. The electrical outlet is located on the lamp post closest to the tenting site.

We have 5 power only campsites (power only at the direct site) but we have non-potable water at the front of the campground for your convenience to fill up your unit when you arrive & a sani-dump directly on-site. All power only campsites are well treed, good privacy & spacious. Please see our Choosing Your Electrical Campsite on our website to best determine if a 15 AMP campsite is right for you.

All campsites are pet friendly (on leash). Our sites are a short walk away from our hot showers, flushable toilets, and playground. Our amenities will accommodate everything from a pup tent to a 45-foot motorhome with multiple slides. 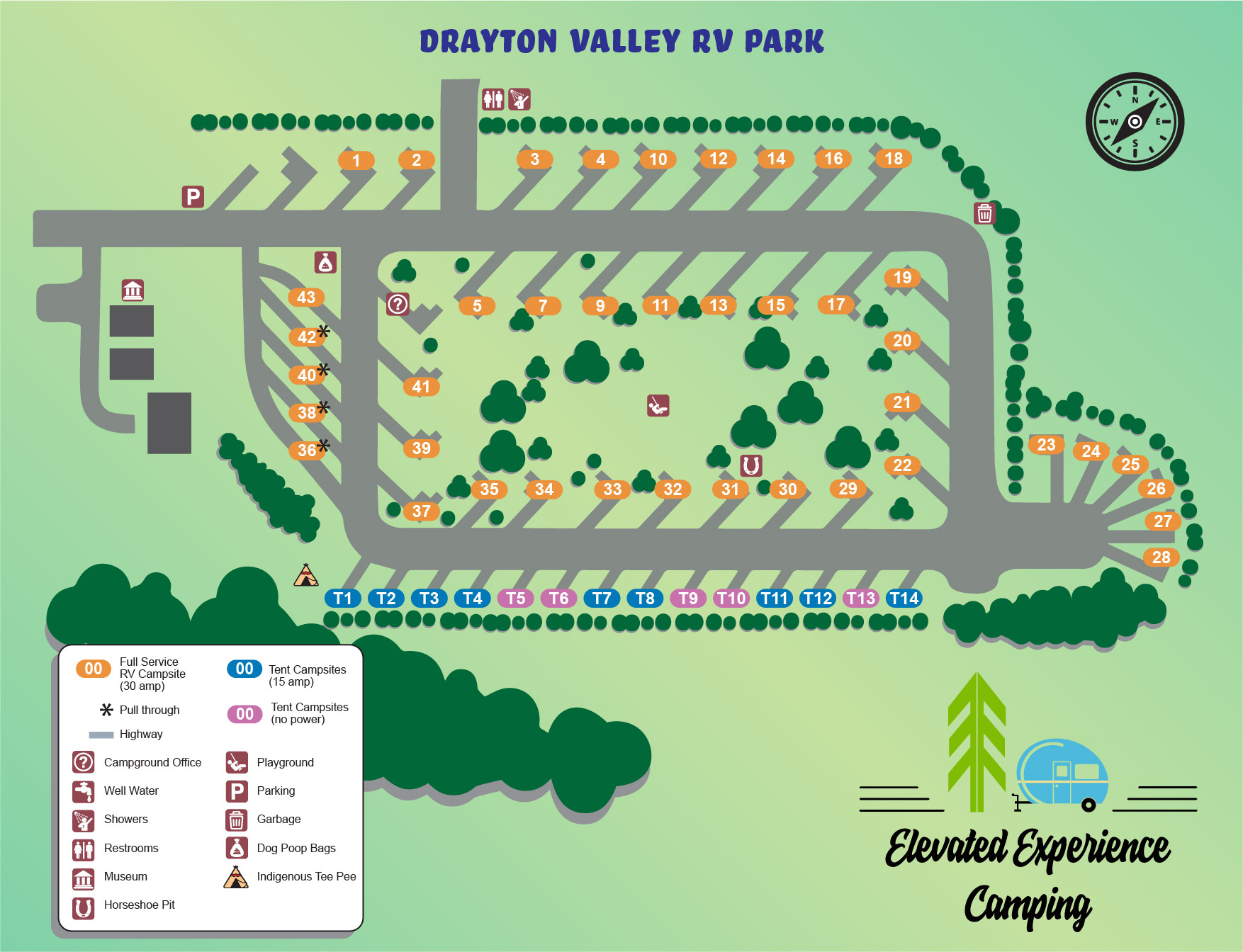 Below is a list of common camping items that draw electricity in your trailer, recreational vehicle or motorhome. If a combination of these run at the same time, your electrical circuit breaker will interrupt the flow of electricity, in order to protect your electrical equipment.
Upon arrival at your campsite, you typically plug in devices such as your fridge and or your water heater. Next you may turn on your air conditioning. Combined with other electrical items such as a microwave, stereo, lights or similar electronics, this can easily push your draw close to or over 30 amps. Over 30 amps, the circuit breaker will function to turn off the circuit, and you will need to reset the breaker to use your electricity again.

We recommend adding electrical items gradually, to avoid overloading the circuit since many devices initially draw more electricity to start, thus allowing you to avoid tripping the breaker.

By clicking "I agree" you are accepting all the terms of this reservation.
We do not deviate from these terms, please do not ask us to.
If you are not comfortable with our terms, do not reserve a campsite. Please note there has been several changes to our policies for the 2022 camping season so read our terms and conditions carefully.